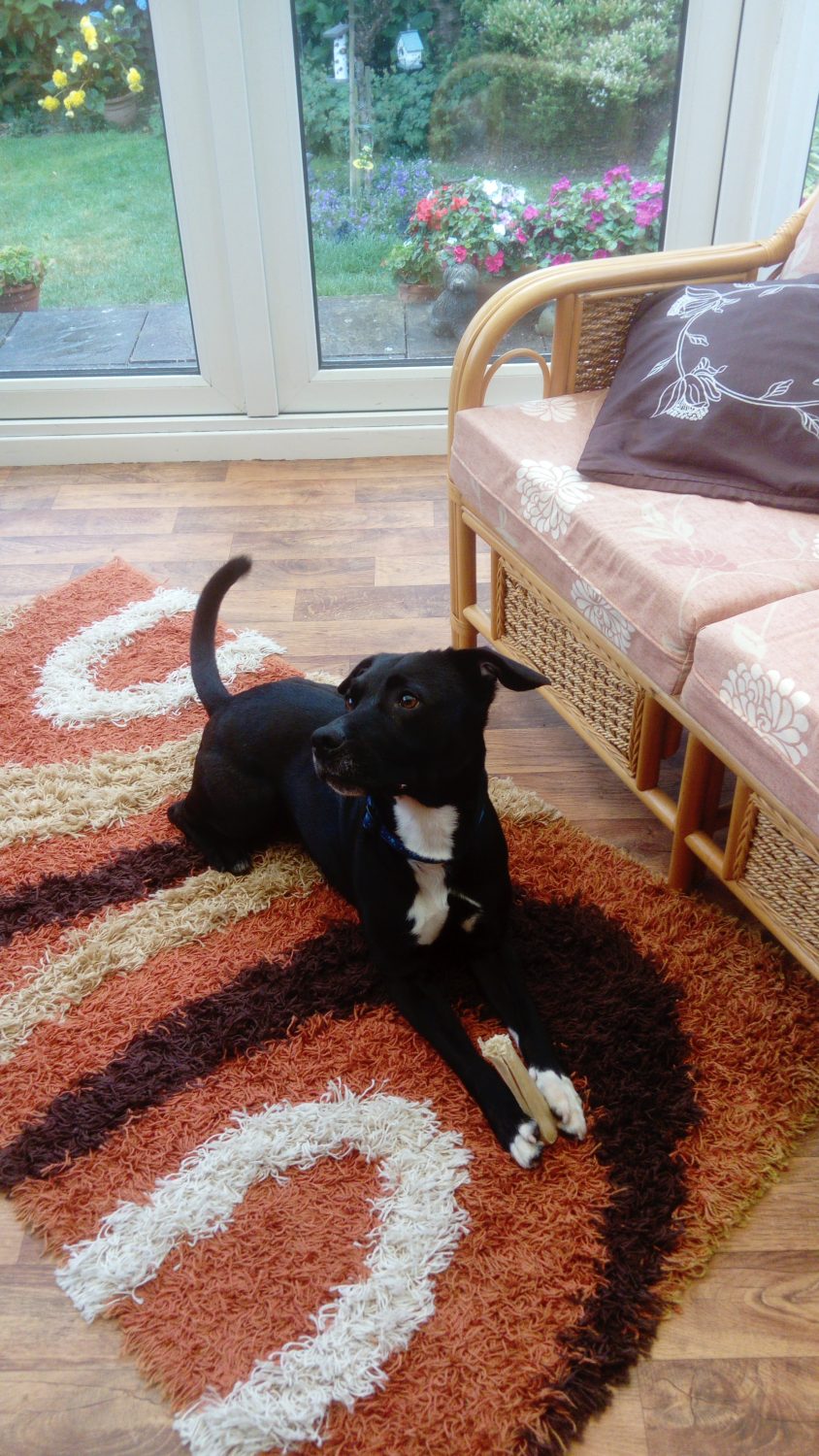 I adopted Buster a 5 year old Staffie crossbreed from the RSPCA following the loss of my beloved Patterdale terrier Jakie. From our very first meeting Laura continually helped me to overcome my grieving for Jakie for which I am indebted to her for.

Little was known about Buster’s history. I believe in his short life he hadn’t had much stability & only understood basic commands. I don’t think he was abused just very neglected. He had been in the kennels awaiting adoption for many weeks before someone adopted him unfortunately they had to return him within a couple of days as as he didn’t get on with their cat.

Buster suffered from car anxiety, had separation issues, had limited recall & whilst very lovable needed refining & to be taught some social skills.

She gave me the confidence I badly needed to train Buster, she made me aware of how my emotions/ stress would reflect on him. She “cured” his travel anxiety in one lesson which I would never have believed possible. Nothing was ever too much trouble for her, she was incredibly supportive & possesses skills I have never seen in other dog trainers. She is motivational, caring & truly inspirational. Within a few weeks of training Buster is a new “man”, a transformation has occurred within Buster (& me), thanks to Laura’s patience, knowledge & understanding!

In addition to his training Buster stayed with Laura within weeks of my adopting him. I was concerned that it would have a detrimental effect on him & all our hard work would have been in vain. Laura was the only person I would entrust to leave him with. She kept me updated of his stay with her & took the time to reassure me that he was having a good holiday & behaving.

I know he’ll be well looked after with her if I have to leave him again & this time I would go away without anxiety.

She is highly recommended!

Thank you for everything Laura; you are a truly a very special lady.